People tend to think dictating a book and having it written down is something novel. The truth is that authors have been using this method for centuries — in the form of people. In today’s world, authors use software instead of people.

Recently, I’ve come across many authors asking me which dictation software would best help them write their books. Whether you use it as a matter of convenience or out of necessity, picking the right dictation software is an important decision for your book.

So, I took a few weeks to research some of the top paid and free dictation software in the market—specifically ones that authors can use to write their books.

In this article, I’ll be sharing with you the top seven dictation software and their pros and cons.

What Is Dictation Software?

Dictation software, also called text-to-speech software, is a program or app that allows an author to pen down their book with their voice instead of typing it down. The software is built with speech-to-text voice recognition features that convert the author’s words into plain text.

It can quickly and accurately convert your spoken words into text, thereby eliminating the chore of typing long pages.

Many people use dictation software on their phones to send text messages. Today, many writers use it to produce articles, blogs, and even books.

Why Use Dictation Software?

You should use dictation software to write your book if you want to save time.

Using dictation software is a convenient way to write your book (or note down ideas for it) without resorting to your memory, typing, or scribbling it down.

The more time you save writing your book, the faster you move towards publishing it.

What Are the Main Features of Dictation Software?

All dictation software use Advanced Speech Recognition (ASR), the AI or machine learning technology that converts human speech into text.

Benefits of Using Dictation Software to Write Your Book

Here are some of the major benefits of employing dictation software to write your book.

Who Would Benefit from Using Dictation Software?

How to Dictate Your Book?

The specifics of how you dictate your book will depend upon the software you use. But here are some useful tips to make the recording process as smooth as possible.

As convenient as it can be to use dictation software to write your book, there are a couple of downsides.

However, there is a bright side to both these downfalls.

It’s true that dictation software isn’t fully accurate, but the more you use it over time, the more you figure out how to go around any shortfalls.

And with regard to getting used to the software taking time and effort: that applies to any skill set. But once you invest in it, it becomes almost second nature to use the software in the future.

What Is Stopping You from Using Dictation Software?

I asked some of my clients what stopped them from using dictation software. Most of them answered that they were a bit skeptical of investing time and money into something new.

As I mentioned earlier, dictation is not something new. It’s been used for centuries. Today’s dictation technology has come quite far with higher levels of speech recognition accuracy. You don’t need to take the product’s word for it, but there are many famous authors who use this software to write their books. Some have even written best-sellers.

If it works for them, it could work for you as well.

Are There Any Famous Authors Who Use Dictation Software?

Do All Writers Need to Use Dictation Software?

No, not all writers need to use it. Some writers may be more comfortable getting their ideas down on good old pen and paper or a word processor.

How Fast Can Dictation Software Write My Book?

A good dictation software can write up to 150 words per minute. However, this depends upon the speed of narration and duration of the author’s dictation.

Top Dictation Software for Authors in 2022

If you’re looking for the crème de la crème of dictation software, Dragon Professional should be your number one choice.

Dragon has a highly accurate speech recognition that allows authors to comfortably narrate their book. Its quick response time has words appear on the screen almost as quickly as you say them, allowing for smooth dictation.

And when it comes to writing your unique book, Dragon works for you. You can create custom words and vocabulary, proper nouns, and certain unique phrases, and it will easily learn and capture them.

Another great feature of Dragon is that it allows you to record on the go. You can record your material on your phone or any other audio recording equipment you have on hand, whether you’re going on a walk or a road trip. You can plug your audio recording into Dragon, and the software will transcribe the audio for you.

For all it’s packed with, Dragon Professional Individual can be on the pricier side. Although, if you plan on using all its features, it’s definitely worth the money.

Dragon Home is a less expensive option for authors looking for a high-quality dictation software. Although it’s not the cheapest, it ranks high in the value-for-money factor.

One of the neatest features of Home is the ability to add new words and personalized jargon. You can train the software to recognize and understand your pronunciation, voice, and certain words and phrases. So, if your book has non-English words and unique names, Dragon Home can easily pick them up.

Like Dragon Professional Individual, Home is only available on Windows (sorry, Apple users).

It takes a bit of practice with the dictation and setting up some features. But once you have it down, you can narrate your story at a conversational pace, and the software will almost instantly pick up your words.

If Dragon didn’t make the cut on account of its price, Braina is a less expensive option available for first-time authors. Plus, you have the option of going for a yearly plan or lifetime plan. This is especially useful if you want to use a good dictation software for only a limited period of time.

Braina was designed to be a personal assistant for performing basic commands on your computer (like opening files, taking notes, and browsing through media). It was not designed for long dictation, but you can still use it to write your book. But it lacks the automation and personalization available on Dragon.

It still boasts a high speech-to-text accuracy, so you can comfortably dictate your book with a very low rate of error. It also allows for multiple languages, so it can recognize non-English words.

While it’s accurate and inexpensive, Braina is available only for Windows, not making it accessible to authors who use other operating systems.

Otter.ai is a fairly new software in the speech-to-text game, but it seems to be a favorite among a number of authors. It’s especially popular among first-time writers because it has a free version that allows them to test out the waters of speech dictation software for writing.

Unlike the other paid dictation software in this list, Otter.ai is compatible with all operating systems, making it more accessible to authors who use Apple or Linux.

The free version offers 600 minutes of transcribing per month, which may suffice or not be enough depending on the author. The pro plan gives you unlimited transcription time. The major downside of Otter.ai is that it doesn’t have voice commands to structure your sentences (like punctuation and line breaks). So, it might leave you with some editing work after dictation.

On the plus side, it has a pretty high word recognition accuracy (almost like that of Dragon), which is a major benefit for a free software.

The next three options are free dictation software. They’re quite similar to each other in most aspects. Your choice will mostly depend upon which operating system you use.

Out of all the free dictation software, most of the authors we’ve connected with seemed to prefer Windows. To begin with, many of them used Windows. But a number of them who used Apple and Google reported higher levels of accuracy with Windows.

Windows just might be the best of the free options, primarily because they own Nuance (the creators of Dragon). So, they use the same technology. Windows and Dragon use the same machine learning to understand your speech, but they definitely don’t share the same level of accuracy.

The plus side of having a completely free dictation software like Windows is that first-time authors can test the benefits of dictating their book. Authors can practice using the free software, and if they decide to go the route of dictating books, they’ll have already set the groundwork for using paid software.

And since they both run on the same technology, Windows can pave the way for authors to use Dragon.

The most commonly used online word processor features an accurate and easy-to-use dictation feature. And the best part is that it’s free.

Google Docs Voice typing works on almost every platform. You can use it on Windows, Mac, Linus, or Chromebook. You can record from home, on your commute, or anywhere as long as you have a stable internet connection and G Suite.

Google voice recording gives you the option of dictating in multiple languages. However, the voice commands (like “new sentence” and “period”) need to be spoken in English.

In our experience, you might have to be as clear as possible for Google to pick up your words, so you may have to sacrifice a more natural narration at times. The biggest downside of using this option is that you can’t work offline. So, if you don’t have access to an internet connection, then tough luck.

We highly recommend this option if you’re new to dictation software, writing a simple book, or looking for a free and easy option.

If you’re an Apple user like many authors, this would be your first option. This software comes with all Apple products.

Apple Dictation makes for a great free dictation software because of its versatility. You can activate and use it on any application on your Apple product (except Google Docs) because it’s built into the system itself. You can even use it offline.

It’s available in multiple languages, and you can turn it on and off using a keyboard shortcut. What’s neat is it even has some fairly advanced voice commands for sentence structuring. For example, you can dictate punctuations, line breakers, and new paragraphs.

The accuracy is not as good as your cream-of-the-crop paid software, but if you’re a first-time user and okay with a little bit of editing, Apple Dictation is a great starter.

Our Verdict on Using a Dictation Software to Write Your Book

We realize that some authors might still be skeptical of using dictation software, and that’s understandable. We’re confident that you’ll find more reasons to use it than not.

It saves you a lot of time. You can write on the go. It saves you the hassle of typing too much. And it’s used by famous authors.

If you’re someone who’s still on the fence on whether you want to dictate your book, give one of the free software or trial versions a shot. If you like it and have figured out how to maneuver the basics, you can upgrade to the big leagues with a paid software. 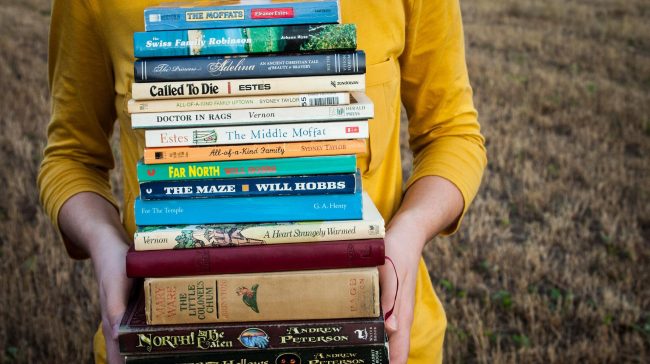 How Many Words in a Novel