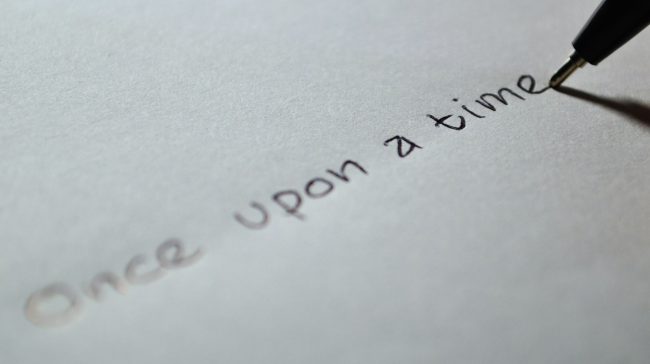 Early in my writing career, when it was still novel and I was uncommitted, I decided that the solution for the constant, unending, and formulaic rejection of my brilliant ideas would be to shorten the stories. What I had in mind was “Flash fiction.” I was thinking 1000 words as an upper limit, although I have since written stories as short as 500 words.

I did not really believe that this was the case, and I had not yet decided that I wanted to be a writer. I was just interested in exploring a bit, maybe publishing some stories, but it wasn’t going well. I needed to change something, try something different. A man struggling to stay afloat will cling to a dirty milk jug he would never touch onshore. My decision to explore flash fiction was not an assessment of a problem but simply a slightly desperate change of approach.

And it worked, in the halting, lurching and vaguely broken way of much of life. I sent a short sci-fi Christmas story to Sam Bellotto Jr., editor of Perihelion Science Fiction, and I finally received some encouraging feedback. He liked the story but explained that scheduling makes accepting such time-sensitive stories problematic. He didn’t like being tied to a calendar. A Christmas story in a spring issue would make no sense and only puzzle readers.

I had caught someone’s attention. He encouraged me to send him something further, and a little bit on I made my first professional science fiction sale, pocketing a cool $11.00. Cold hard cash is an impressive incentive, but I still wasn’t committed. I was still a tourist, writing stories as one might rush through European capitals.

About a year ago I came across Ray Bradbury’s advice to stay away from novels and to instead write a short story a week. This made sense to me. A story is a lower bar than a novel. I also had the loose plan to simply write many short stories and seek a publisher in a few years. I had no idea then that such collections to publishers are deadly radioactive kryptonite – that plan also needs revision.

Bradbury’s advice is working-class pragmatic – “I defy you to write 52 bad stories!” So I took up the challenge. I already had written perhaps half a dozen. More than a year later, I have written perhaps thirty-five stories of varying lengths. I currently have about forty pieces in some form of submission.

I am reminded again of Bradbury by this recent rejection of one of my stories: “We liked the execution and detail here, but we really feel like we receive so many apocalypse stories, and this also felt a lot like Bradbury’s ‘And Then There Came Soft Rains.” Very interesting read though!’”

To be compared to Bradbury is high praise. I interpret this rejection as a compliment and as lavish encouragement.

Certain surprising details have emerged in this last year. I am still largely, with occasional exceptions, caught in the penny-a-word maelstrom. Attempts to break out of this have not substantially succeeded. Despite that, I have an upcoming 1200 words later this year for which I will be paid $200.

I have worked a day job the entire time, so my writing time is squeezed in the mornings on days I work and longer times on days off. I use the public computers to word process at my local library, so their hours also impose a schedule. I was sick for about three weeks, not incapacitated but unwell, and I missed a great deal of library time.

My weekly performance has been uneven. Many days I spent reading. Much of what I read served as fodder for stories, one of which is perhaps the best that I have written. But that reading time takes away from writing time.

There were quite a few weeks that I did not complete a story. Surprisingly, there were weeks that I completed two and even three. Typically, these would be a longer and a shorter story. A few weeks ago, I wrote a 3300-word story – respectably long – in what seemed a short time. Some weeks I would write only a thousand words for the week.

I also wrote what is intended as a short non-fiction book – currently 28,000 words – inspired by my day job. I have completed edits on it and am in the process of seeking a publisher. I have hopes, dreams, and fantasies for this work.

On balance, I am disappointed not to have 52 new stories. Ray Bradbury’s stories were a big part of my youth, and in some way, I believe the abstracted ghost of Bradbury is disappointed in me, sadly shaking his head. But I remind myself that this was a goal, and although I cannot checkbox every component, I have worked full-time this last year, saved money, and pushed forward on a writing career.

The larger point: Bradbury emphasized the importance and value of libraries and the need to spend time in them, and that is what I have done. For many of the days this last year, I have been here at 9 am, waiting for the library to open and spending to that last minute before I must leave for work here. This has imposed structure and routine, and after a year of it, it is the place I most want to be.