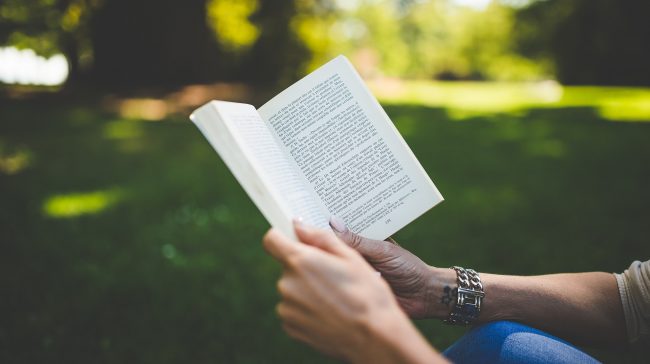 As Juliet asks Romeo in Shakespeare’s Romeo and Juliet, “What’s in a name?”

Well, a whole world of meaning if you, the author, wish it. Choosing wisely helps ensure the characters come alive for readers and stick in their minds. Names can also add subtle nuances to their makeup that reinforces their role and personality. From beauty and goodness to generosity and miserliness, from stupidity and sinisterness to a sense of mystery—there’s a lot a writer can convey merely by naming a character in a certain way.

Margaret Mitchell, in her epic novel Gone with the Wind named her anti-heroine Scarlett O’Hara wisely: the character is more well-known than the author. It has a ring to it when you say it out loud, with exactly the right sort of impact to suggest Scarlett’s colorful, dramatic personality. ‘Scarlett’ also conjures the phrase ‘scarlet woman,’ traditionally a woman of loose sexual morals, a temptress, instantly suggesting Scarlett is not all she should be!

In his novels Red Dragon and The Silence of the Lambs, Thomas Harris gifted us the immortal Hannibal Lecter. Hannibal, in translation means ‘gracious lord’ – lord meaning one who has control over everything. That figures!

J.K. Rowling’s Harry Potter novels bristle with imaginative and memorable names which resonate with readers. They work because they are novel and the very sound of them adds something to the character. We have sinister Mr. Snape, lovable Dumbledore, while Lord Voldemort sounds suitably evil. Harry Potter, on the other hand, is so ordinary it makes the central character completely relatable.

Choosing the right names for your central characters is clearly vitally important for the success of your book. So, names should have impact and make your character memorable. But what sort of impact? To answer that question, spend some time thinking about your character’s personality.

Dickens provides us with some good examples. His main characters tend to have quite regular names for the period, David, Nicholas, Ada, Esther, Estelle, making them easily relatable, even for modern readers. But often, they have quite outlandish or comical names that have entered our language as ciphers for specific types of people. For instance, cruel, corrupt headmaster Mr. Sqeers, the very sound of which suggests someone unpleasant and lingers in the mind.

If your novel is historical, consider more traditional names that fit with the period. But they may not work so well within a more modern context or with young characters. And bear in mind that names go in and out of fashion. Old-fashioned names like Ethel, Mabel, and Horace might not seem so believable in a modern setting, whereas you’re unlikely to buy a Chantale, Jordan, or Hayley in a Victorian-set novel. In a futuristic sci-fi story, you can simply get creative.

Avoid using character names that can be easily confused because they are so similar. For example, Janet and Jane, Kevin and Kelvin. This can make it hard for readers to keep track of characters and get confused. So, aim for a variety of names that are easily distinguishable from each other.

There are many resources out there, especially on the Internet, to give you ideas for character names. Lists of baby names are an obvious one, but if your novel is set in the past, it can be useful to consult online lists of the popularity of particular names over time. Or you could simply stick a pin in a phone directory. Alternatively, you might choose names of people you know and mix them up a bit, changing them around until they work for you. For instance, Lee Jackson might become Jaxxon Lee, or Alexandra Brown might become Alexis Bruni. Just get a piece of paper and brainstorm until you find the combination that sounds right.

Alternatively, look to history for inspiration. History and language is the place to look if you want to give your character’s name an important underlying meaning that’s a clue to their personality. In Dickens’ Bleak House, we find  Mr. Nemo, aka Captain Hawden, whose name is Latin for ‘no one’ and fits perfectly with his wish to conceal his true identity.

In Philip Pullman’s Northern Lights trilogy of novels, Lyra Belacqua’s daemon, a physical manifestation of her soul, is named Pantelaimon, a name with Greek origins suggesting ‘to carry’ or ‘to bear’ or ‘endure.’ All connect with Lyra’s world-saving central role within the novel, demonstrating the author’s deliberate choice.

Don’t waste time choosing character names before writing your book. The story structure, plot, and characters themselves are all more important—you can work on the names after you’ve finished writing. Then is the time to give serious thought to naming your characters before you commit them to publication.

An interesting survey of fictional names can be found on this website.