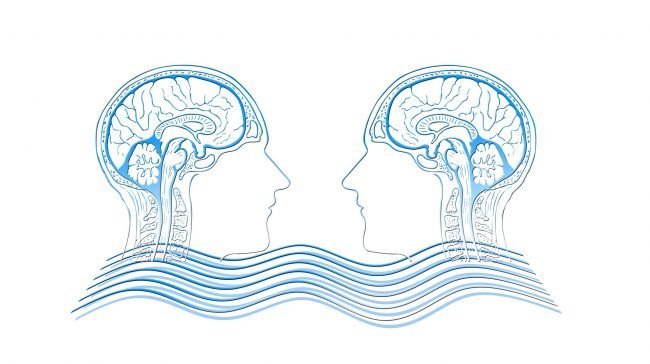 The concept of being aware of another person’s thoughts and knowledge is often taken for granted; yet, without this concept society likely would not function. Theory of Mind (ToM) is the term used in psychology to mean taking another’s perspective and having the capacity to be empathetic. ToM is an evolved psychological mechanism (EPM) that allows humans to take in information about others’ thoughts and feelings and make decisions within the shared context. Being an EPM, ToM is an integral part of social stability and allows for the proper functioning of mating behaviors and group survival. However, as will be discussed in this article, ToM is also useful at a higher-order level as well.

The Lack of Theory of Mind in Young Children

Though it is clear that most persons have a working theory of mind that is employed throughout daily interactions, children to a large degree lack the ability of perspective-taking. This has been repeatedly shown in multiple studies. The typical experiment goes as follows.

A child is shown or dictated a situation in which one person possesses a piece of information others do not have. The subject child in the study also possesses this piece of information, and she makes the inference that others possess it as well. In other words, the child is shown to believe that whatever she knows, everyone else knows. Whereas an adult would be employing ToM in such a study, the child who is an observer outside the context of the story is absolutely ignorant of the fact that information can be held privately.

Hence, what we parents and teachers know to be true through interactions with children is experimentally shown to be true: young children lack a Theory of Mind. This also fits with the evolutionary perspective that ToM is an EPM for group-survival and mating purposes, as children under the age of three are heavily parent-reliant and need not interact heavily with groups of other humans. But for humans to successfully interact, ToM is needed.

Theory of Mind in Writing and Its Neglect by Writers

Nowhere is humankind’s reliance on the theory of mind as obvious as in human face-to-face communications; its importance in written communication is imperative. Perhaps this is because writers cannot actually see their audience, and cannot directly receive feedback from their audience. It is also palpable that the best authors usually have a specific following: fans that can easily be categorized and described in terms of personality. It can be posited that part of such an author’s success comes from knowing the audience well and understanding how to immerse the reader in the writing. This idea of perspective-taking is important in all types of writing. As it is important for an author of novels to take the reader’s perspective, it is equally as important for the author of a journal article to consider the readers.

Well-written journal articles are not only written with a specific audience in mind but written from the audience’s perspective. It is all too easy to fall into the trap of taking what you know and simply putting it on paper (especially when you are a novice writer). This kind of writing is coming from the writer’s perspective: you know what you know, but I may not. Thus, in order to truly transmit what you know to me, you must first know what I know. This kind of meta-knowledge will allow a writer to make the write (pun intended) choices.

Reader-centered writing requires a writer to categorize knowledge in a manner that allows her to make good decisions about what to include in an article. These categories can be divided into three main types:

Following such a schema can give the writer an excellent framework for the inclusion of details, the usage of introductions, and leading the reader along an appropriate line of reasoning. Reader-centered thinking provides the writer with the ability to achieve this goal, which should be to inform the reader of something new and inspire the reader’s interest in the topic as well.

Understanding how to do something and actually doing it are quite different in practice. Some journal writers may say they have the audience in mind while they write, yet from their work it is apparent that they do not. Such a situation is equivalent to a young child or autistic thinking everyone knows what she knows. Therefore, it is important to compare some concrete examples of reader-centered writing (RCW) to writer-centered writing (WCW).

Regarding introductions, whether those of an article, subsection, or paragraph, the standard WCW would begin with new information. There would be no background leading up to why this information is presented or its importance. In contrast, RCW would put the focus on first prepping the audience to be receptive of the information, and follow the actual presentation. Such an approach allows the audience to understand the pertinence of such information.

Regarding definitions of new terms, the difference between RCW and WCW is also quite clear. Writers with a WCW bias likely directly define a new term in one or two sentences without much explanation as to why this term needs to be defined, where the idea for such a term came from, or its relation to similar terms. Conversely, those employing the RCW approach would likely make clear the term’s necessity and background before introducing it, and then think of what other terms their readers would likely associate with this term, elucidating on the differences.

There are countless other examples of situations in which RCW could outdo WCW in terms of increasing an article’s readability, yet all such examples boil down to the same overarching logic. This logic is the logic of Theory of Mind—the logic of understanding your reader, taking her perspective, and being empathetic of her lack of what you know.